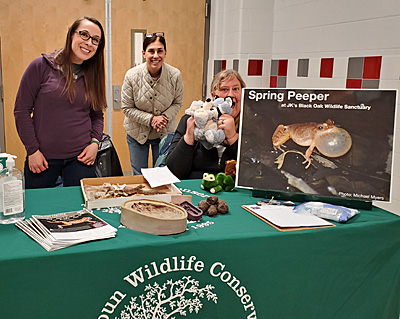 The purpose of Loudoun SEAS is to amplify youth voices in environmental problem solving by showcasing to a real-world audience how students have meaningfully contributed to environmental stewardship in Loudoun County. Loudoun SEAS encouraged both student and community partner participation.

Loudoun Wildlife Amphibian Monitoring Program Coordinator Jenny Erickson and Board Member Chrissy Boeckel staffed a table with hands-on activities that allowed attendees to match up prints and scat to the appropriate animals. They had 70 people stop by their table to try out these activities and learn more about Loudoun Wildlife.

Members of Riverside High School’s Environmental Club were also on hand to highlight their involvement in Loudoun Wildlife’s benthic macroinvertebrate surveys conducted on Goose Creek in the fall and spring. 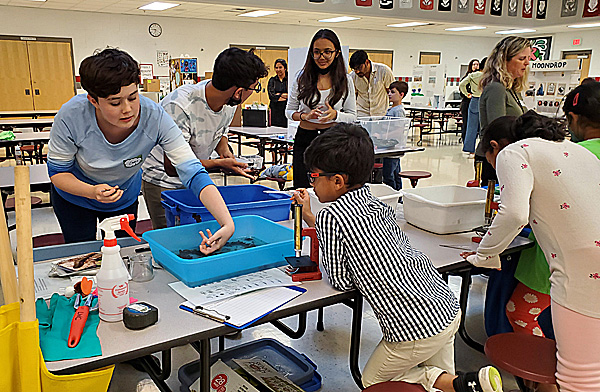 March is The Piedmont Environmental Council’s membership month! If you[...]

Autumn Olive (Elaeagnus umbellata) was introduced in this country in[...]

A tessellated darter fish.Photo by Amy Ulland Under the shade[...]