Gone Pishing (Bryan Henson, Allison Gallo and Jane Yocom) thought they might have to do a modified Birdathon this year due to injury, but by May 14 at 6:00 am all were all fit as a fiddle and ready to bird. 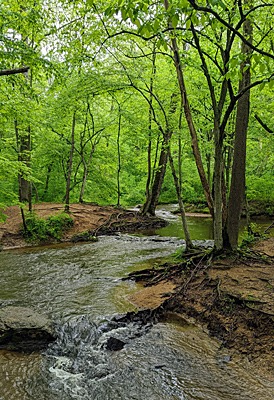 Our first stop was the Blue Ridge Center for Environmental Stewardship.  We found 74 species, many of which are summer breeders in the county. Our highlights were 14 warblers including many extremely vocal American Redstarts, excellent looks at two Yellow-throated Vireos that hung out low in a tree, and as we were leaving, we were surprised to hear and see two Alder Flycatchers. Our big misses at this location were Veery and Swainson’s Thrush.

Next, we made some quick stops at three different ponds and picked up a few expected birds and one unexpected Peregrine Falcon.

Then we headed to Piney Swamp Road to look for the Trumpeter Swans, rare in Loudoun County, but common at this location. We also picked up a couple warblers and a Yellow-billed Cuckoo.

We still didn’t have Veery and Swainson’s Thrush, so we decided to head to Rust Nature Sanctuary, a common location for both birds, and where we had seen them earlier in the week. We picked up a couple more warblers here including Chestnut-sided Warbler and Black-throated Blue Warbler. Our surprise bird was a Great Horned Owl, but unfortunately still no Veery or Swainson’s Thrush.

As it started to get late into the afternoon, we decided we were hungry, so we ordered pizza and headed to Jane’s house where we hung out in the yard and had dinner. While we were eating a Cooper’s Hawk, species number 96, flew over our heads.

After dinner we decided to make one more stop at Mountain View Elementary School to look for Willow Flycatchers and maybe a Swainson’s Thrush. We had five Willow Flycatchers there last year. Unfortunately, this year we had zero, and still no Swainson’s Thrush. We did pick up a Swamp Sparrow and a Northern Flicker though. It was almost 6:00 pm and we were at 98 species. We decided to call it a night and continue our adventure on Sunday. 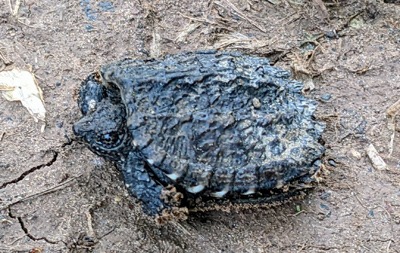 We started our second day at Algonkian Park at little before 6:00 am. We picked up nine new species here, including one of our favorites, Yellow-throated Warbler. Highlights also included low-flying Common Nighthawks and a great view of a Prothonotary Warbler. Unfortunately, Veery and Swanson’s Thrush were not to be found. These were quickly becoming our nemesis birds.

Next stop, off to Bles Park to lead our regular bird walk. Highlights here were a calling Virginia Rail, Wild Turkey (which was a big surprise,  and something we had never seen before at the park), and our one and only White-throated Sparrow, which just last week were still here in large numbers, but had all recently headed north to their breeding grounds.

After Bles Park we headed back to Algonkian Park to try one more spot in the park that is typically popular for Veery and Swainson’s Thrush. This time Veery graced us with its presence (yay!), but Swainson’s Thrush remained elusive. 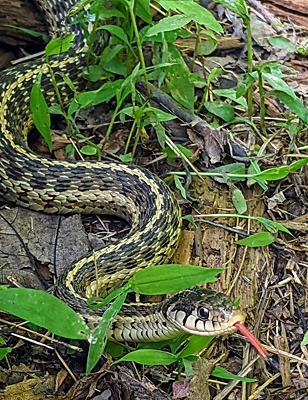 We then headed to Middlesex Drive Pond, but made a quick stop on the way for a Grasshopper Sparrow, and to our surprise a Horned Lark too!

We decided to give our nemesis, the Swainson’s Thrush, one more try and headed to Banshee Reeks Nature Preserve in hopes of also seeing Blue Grosbeaks and Willow Flycatchers. We listened  for the Swainson’s Thrush on the entry road with no luck, and by the time we reached the parking lot Allison was thinking about food, so we gave a cursory look for Willow Flycatchers and Blue Grosbeaks and decided to call it a day at 3:40 p.m. So ends another great Birdathon with one more species than last year for a total of 121 species! Not only did we get to see lots of birds, but we had beautiful weather in spite of the forecast, and we got to see many other critters as well.

Final Thoughts
It was nice to do a more relaxed Birdathon this year than we have in the past.   Swainson’s Thrush: GRRRR!