Loudoun Wildlife Conservancy partnered with Willowsford Conservancy to plant 300 trees and shrubs in a riparian area along the headwaters of Broad Run with the help of 25 volunteers.  The planting expanded the forested riparian buffer by adding an additional 50 feet of native trees and shrubs along Broad Run. 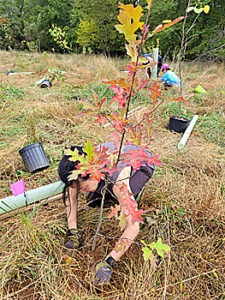 Riparian buffers are instrumental in slowing rainwater runoff and filtering pollutants before they enter local streams and waterways.  Pollutants can include things like fertilizer, pesticides, motor oil, eroded soil from construction sites and bacteria from septic tanks and animal waste.  These pollutants cause algae growth, reduce oxygen levels, and block sunlight making it difficult for plants and macro invertebrates to survive putting our drinking water at risk.

This project was also a community event in support of the Plant NOVA Trees campaign, a five-year collaborative effort encourage residents and businesses across Northern Virginia to plant more native trees and to preserve the ones we already have. 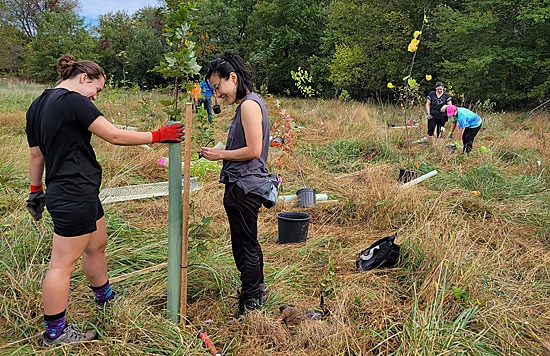 In 2021, private landowners partnered with PEC and other conservation[...]

At the halfway point through the year, it would appear[...]