Loudoun Wildlife’s Stream Team added two stream monitoring locations along the North Fork of the Catoctin Creek to collect baseline data for the health of the stream above and below the proposed Route 287 and Route 9 roundabout construction project, which is scheduled to begin in the fall of 2023. Certified monitor Amy Ulland led the surveys, assisted by certified monitor John Ellis and volunteer Susan Schuler. 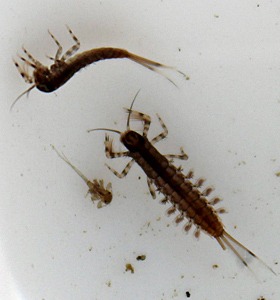 The downstream location of the North Fork of the Catoctin received a score of 11 out 12, indicating acceptable ecological conditions. A 20 second netting resulted in 262 macros – indicating both acceptable ecological conditions and a very productive stream. Over half of these macros were mayflies, which are highly sensitive to pollution.  The team found two distinct species of mayflies: the Flatheaded Mayfly and the Isonychia Mayfly.

The upstream location received a score of 10 out of 12, indicating acceptable ecological conditions. Another short 20 second netting resulted in 206 sampled macros, half of which were beetles, mayflies, and caddisflies – both pollution sensitive groups. Roughly another quarter of the macros were netspining caddisflies, which are moderately sensitive to pollution. 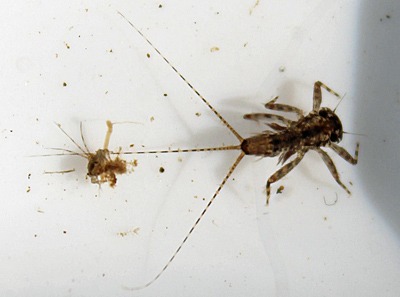 The post Envision Loudoun appeared first on Land Trust of[...]