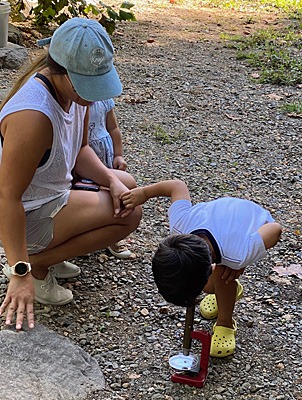 A local family enjoys observing some macros up close with a Magiscope.
Photo by Jack McNamee

On October 2, Loudoun Wildlife’s Stream Team conducted a benthic macroinvertebrate survey of a third location along Tuscarora Creek just upstream of where it passes under the W&OD trail. Certified Monitors Emily Maltman and Amy Ulland led a team of four other volunteers, including two people in the process of becoming certified as stream monitors.

The team collected a variety of macros, mostly consisting of netspininng caddisflies, but also including beetles, caddisflies, clams, mayflies, flat worms, and a good-sized crayfish. After tallying up numbers of critters, the team calculated a multi-metric index score of 8 for the health of the stream, indicating a rating of “indeterminate” – meaning that more information is needed to determine stream health.

This score of 8 is actually an improvement from the spring survey, when it received a score of 7, indicating unacceptable ecological conditions. This score is also similar to scores received at other Tuscarora Creek sites farther upstream this spring.

A local neighborhood family stopped by on their regular weekend visit to the creek and got to see the macros we collected. They enjoyed the opportunity to look through the Magiscope to see some critters up close and learn more about why we were collecting them. 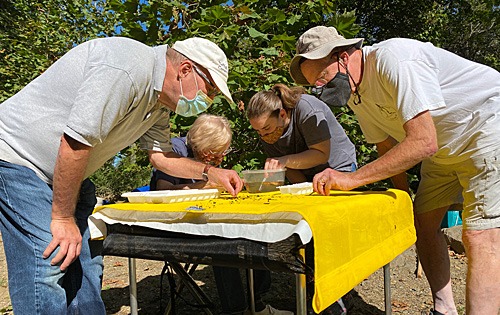 Dear Friends of Friends, Recently we lost someone who has[...]

2019 Friend of the Mountain Award presented at Annual Member Celebration

Friends of the Blue Ridge Mountains presented their annual Friend[...] 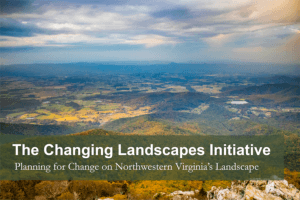