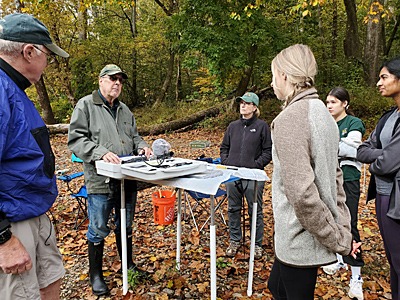 On a beautiful Sunday afternoon in October, a band of seven Loudoun Wildlife Stream Team volunteers gathered along the banks of the Goose Creek to determine the health of this segment of the state scenic river. This site is located just downstream of the Riverside Parkway bridge, with access generously granted by the Lansdowne on the Potomac HOA.

In two nettings the team was able to collect just over the needed 200 macros for they survey. The majority of the sample consisted of pollution-tolerant midges, flat worms and scuds, as well as pollution-sensitive mayflies and beetles. In addition to the macros present in the nets, the team also noted several large crayfish, whirligig beetles and a Belted Kingfisher. 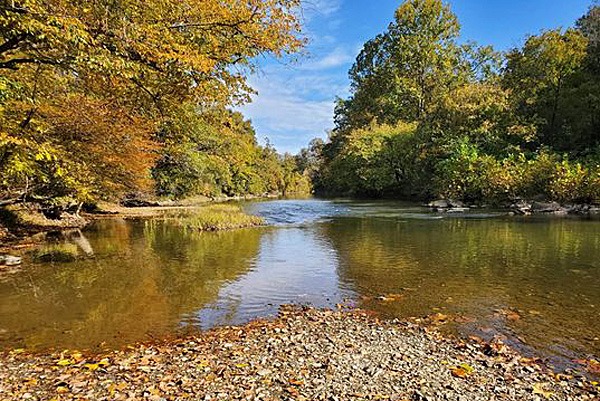