Mapping the Past While Preserving the Future: Waterford couple and Land Trust of Virginia work to save 48 acres of historic landscape

MIDDLEBURG, VA, August 14, 2020 – “When folks ask my wife Annette, what her husband does for a living,” Gene adds, smiling, “she comments, he does odd jobs in the field of history.” And that job description suits Eugene M. Scheel (Gene) just fine. Gene is, in fact, the author of nine books on Virginia history, and the cartographer of over 50 meticulously detailed, hand drawn historical maps covering parts of Virginia, other U.S. states, and even other countries.

Gene, who has an undergraduate degree in geography from Clark University in Massachusetts, and graduate degrees in planning from the University of Virginia School of Architecture, and in American literature from Georgetown University, first began visiting Waterford in the 1960’s, while working for the National Geographic Society on their magazine. In 1969, he left to be a consultant to Virginia Governor A. Linwood Holton for the Office of State Director of Planning.

Gene and Annette fell in love with Virginia’s countryside, home-grown people, atmosphere, and well-preserved history. It was not a difficult nor lengthy courtship for the Scheels when they bought their property in Waterford. Just 45-miles northwest of DC, near the foot of the Blue Ridge, the village of Waterford has been designated a Historic District, is listed in the Virginia Landmarks Register, the National Register of Historic Places, and in the 1970’s was designated as a National Historic Landmark by the Secretary of the Interior. The Scheels loved the village’s history and charm.

The Gravel Roads…they tell a story…

Gene and Annette purchased their 48-acre farm, named “Orchardcroft”, in 1968. The farm is located just 1.5 miles west of Waterford and has a lot of frontage on Old Wheatland Road. “The road has remained much the same. You can still see depressions in the dirt from wheels and wagons, horses, and cattle. Not so unlike other gravel roads in our rural area, they tell a story,” says Gene.

Working with the Land Trust of Virginia (LTV) the Scheels placed their property in a voluntary conservation agreement (known as a “conservation easement”). The agreement permanently protects the property’s historic landscape. As explained by Ashton Cole, LTV’s Director of Conservation and Stewardship, “Old Wheatland Road was a significant thoroughfare in two wars – the French and Indian War and the Civil War. In April 1755, during the French and Indian War, British General Edward Braddock marched his troops past the Scheel’s land on Old Wheatland Road, from Alexandria to Fort Duquesne, PA on a mission to drive the French from their forts in the Ohio Valley and the Great Lakes. Over 100 years later, on March 7, 1862 during the Civil War, Union Col. John Geary and his forces left Lovettsville and marched to Waterford via Old Wheatland Road, to thwart Confederate tactics to capture the towns of Waterford and Wheatland as they were Union Strongholds. Col Geary’s tactics saved both villages.”
Other public benefits of the agreement will be the permanent protection of the scenic open space and agricultural lands of the property, which will remain intact. Were it not for the easement, the land could have been divided into nine separate lots. The property features rolling hills, views of the Blue Ridge Mountains, and is an active cattle operation.

Gene said that he and Annette, “… realized, shortly after moving to Waterford how important it was to protect and honor the history of their land and those that passed before us. To have been able to purchase this piece of history, to be its steward, and then to preserve it for the future has given us great peace of mind. So, it is for all these reasons that we sought protection.” In addition, farming the land was always important to the Scheels and they wanted to make sure that future generations have the same opportunity to continue farming the land.
“This land has significant conservation values, both historically and ecologically,” said LTV Executive Director Sally Price. “We are honored that the Scheels have chosen the Land Trust of Virginia to hold the conservation easement on this property. We are also honored to share that LTV’s Malcolm Forbes Baldwin Fund assisted with the transaction costs of protecting the Scheel’s farm.” The Fund was established in honor of LTV Board Member, Malcolm Baldwin, and is specifically intended to support the conservation of working farms in Loudoun County with permanent conservation easements.

The costs associated with the donation of this easement were also partially covered by Loudoun County’s newly created Conservation Easement Assistance Program, which can help landowners with the upfront costs of placing land under conservation easement.

The Land Trust of Virginia is a nonprofit organization that partners with private landowners who voluntarily protect and preserve properties with significant historic, scenic, or ecological value. LTV now holds 200 easements protecting a total of 22,878 acres in 18 counties in Virginia. 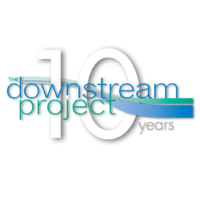 The Mainstem Network is a destination for all WDC members,[...]