Birds, Wildflowers and a Young Toad at the Blue Ridge Center

Eleven participants joined leaders Mary Ann Good and Joe Coleman on April 24 for a bird walk at the Blue Ridge Center for Environmental Stewardship (BRCES). It was a beautiful, sunny and calm spring morning, and the group found 49 species of birds, numerous wildflowers and a young toad. Before the walk Mary Ann visited Arnold Road and found not only an Eastern Meadowlark, but an American Kestrel harassing a Red-shouldered Hawk where the powerline crosses the road.

The group originally met in the parking lot at the center and then drove to the south side of the center. The activity in the parking lot at the center almost convinced us to stay there and do a Big Sit as we saw a flyover Green Heron, a Red-headed Woodpecker and a number of other species. However, we did move on and the walk included Sweet Run Loop, Butterfly Alley, Arnold Trail, and the Little Turtle Trail. We found three flyover Broad-winged Hawks, very vocal White-eyed Vireos, many vocal and visible Blue-gray Gnatcatchers (at least eight), two flocks of Purple Finches, and numerous singing Field Sparrows.  There were also six warbler species: a Blue-winged; a Yellow Warbler; two Northern Parulas; two Common Yellowthroats; a Louisiana Waterthrush, and an American Redstart.

For a complete list of the birds observed at BRCES see the list below or view on eBird at https://ebird.org/checklist/S86234180.

This walk is the first of 11 events that Loudoun Wildlife Conservancy is sponsoring to Celebrate Birds this spring. 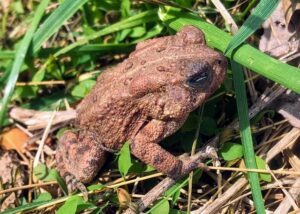 A very young toad, about half the size of an adult.
Photo by Joe Coleman

The post Birds, Wildflowers and a Young Toad at the Blue Ridge Center appeared first on Loudoun Wildlife Conservancy.

The post Birds, Wildflowers and a Young Toad at the Blue Ridge Center appeared first on Loudoun Wildlife Conservancy.

Snow Day Fun for Everyone

By Kim Strader Enjoy a snow day the Loudoun Wildlife[...] 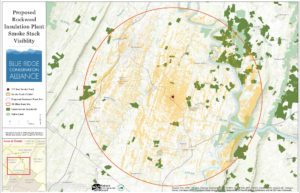 The term “fledge” refers to the time when an eaglet[...]