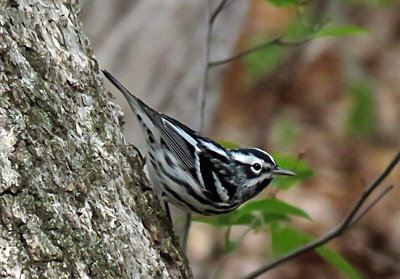 Thirteen birders attended Loudoun Wildlife Conservancy’s Birding by Ear: Tools and Recording class and field trip on April 24.  Led by Bryan Henson, the class covered a number of tools like Larkware, Merlin Sound ID, Birding by Ear CDs, and Xeno-Canto for learning bird songs.  We talked about the importance of finding a personal connection to bird sounds to help you remember them better.  Different tools for recording bird sounds were discussed including smartphones, cameras and digital recorders with specialized microphones.  A brief discussion of audio post processing followed the basic recording discussion.

During a short, one minute exercise the class heard more than a dozen bird songs from both common birds and freshly-arrived migrants like a Northern Parula.  During the longer field trip, the class heard several dozen different birds with highlights being a Blue-headed Vireo and a Black-and-white Warbler.  It was a wonderful day to be outside listening to birds.

The post Birding by Ear Class Teaches How to Identify Birds by Their Songs appeared first on Loudoun Wildlife Conservancy. 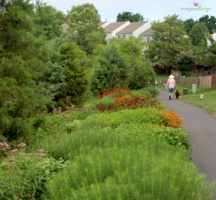 Seeing Things Through to Fruition in Ashburn Village