Intrepid and stalwart butterfly experts, citizen scientists, and nature-lovers of all ages and levels of expertise gathered at several locations throughout northwestern Loudoun County for the 23rd Annual Butterfly Count on August 3, right in the middle of one of the hottest summers on record. And what a count it was: 6,366 butterflies, a thousand more than we have ever counted before! 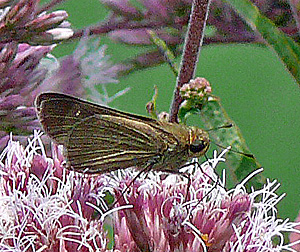 Highlights included 1,140 Eastern Tiger Swallowtails and astonishing numbers of Common Buckeyes (459), Meadow Fritillaries (393), and Clouded Sulphurs (607). Our teams puzzled out the identifications of 52 different species, including a new addition to our list: the Ocola Skipper (see photo).

Interestingly, we counted fewer Monarchs than last year (147 compared to 289 in 2018), though the numbers were still high for our region. Exactly why this should be so is not clear. There was certainly a great deal of milkweed in the areas surveyed, much of it in bloom, which attracted several other species of butterflies that prefer meadows, such as the fritillaries and sulphurs. 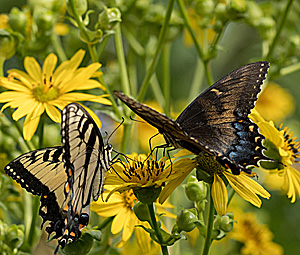 The results of our count are reported to the North American Butterfly Association and made available to researchers. You can find our results here.

Thanks to everyone who came out for the count, and very special thanks to all of our field leaders: Joe Coleman, Phil Daley, Allison Gallo, Bryan Henson, Liam and Laura McGranaghan, Larry  Meade, Julie Paul, and Eric Raun.

It’s another strange start to the week with another winter[...]

Brown Thrasher.Photo by Michael Sciortino In spite of the heat[...]