A Brief History of the Loudoun Native Plant Sale

The Native Plant Sale (NPS) has been a tremendously successful community event for 12 years now! Recognition goes to Ann Garvey as the creator of the first sale in 2010. Ann had already been volunteering for a few years at historical Rust Nature Sanctuary (Rust) when this gorgeous location was under the leadership of the Audubon Naturalist Society (ANS). 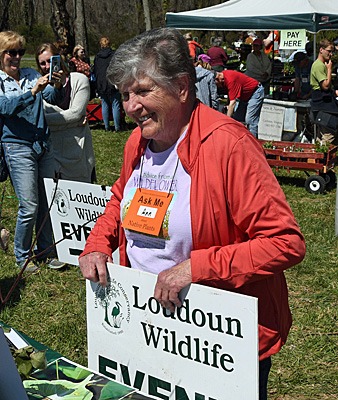 Ann Garvey at the 2019 spring sale.
Photo by Gerco Hoogeweg

Ann began planning the first sale with a great deal of assistance from Randee Wilson at Nature by Design. Randee sold native plants at the first sale along with Janet Davis from Hill House Farm & Nursery. Susan Abraham, a local native plant landscape expert, was also an important part of this team along with several other master naturalists from the Banshee Reeks Chapter. In 2011, this popular event was expanded to include other organizations that support and educate on planting native plants for wildlife food and shelter.

In the fall of 2012 the sale at Rust transitioned from ANS to a partnership with Loudoun Wildlife Conservancy. The first sale at Morven Park was held in April 2014. In 2015 Watermark Woods became the third native plant vendor. Throughout a majority of this time, Sheila Ferguson volunteered to support these spring and fall events. She’s been volunteering for about 10 years now and is a valuable resource in many other Loudoun Wildlife programs as well.

Ann passed the reins on to a team of volunteers led by Janet Locklear in 2019 with Sheila assisting. Loudoun Wildlife and the people of Loudoun County owe a great deal of respect and thanks to all volunteers and leaders that give their time and energy to host this event each year. Cheers to another great year in 2022!

For all the planning details and volunteer dedication, read about the 2021 fall sale. 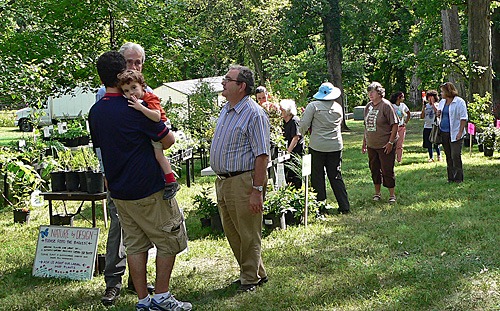 Celebrating Birds: The Phenomenon of Migration